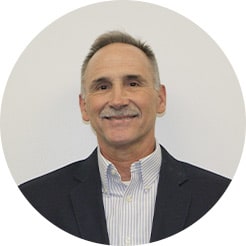 Greig has over 40 years of experience in manufacturing, including tool and die apprenticeship. He started his career as a Job Shop Machinist dealing with special one-of-a-kind parts, then expanded his skill set to welding (Tig ,Mig, Stick). As a team leader, he is responsible for machine maintenance, safety, commercial proposals, customer service and project management of both internal and external projects. In summary, Greig has held several key positions at Winterville Machine Works for over 38 years.

Greig graduated from Cape Fear Technical Institute (Cape Fear Community College), the Machine Trades and Wake Technical College (Wake Technical Community College), with a specialty in Tool and Die Practices. Greig was born and raised in Eastern North Carolina. His hobbies include building projects, with steel or wood. He has been blessed with his wife for 39 years and have raised together three children. He is a proud to say he has four grandchildren (his pride and joy). 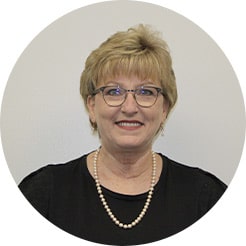 Ms. Lamm brings over 41 years of experience in accounting/finance, human resources, and insurance management. As the Accounts Payable leader for WMW, Ms. Lamm strives to make sure all vendors are paid correctly and on time. As the Human Resources Leader, she works hard to keep our employees equipped with the necessary support so they can work at a high performance level to keep our customers satisfied and delighted; while maintaining all required documents for Federal and State reporting. Ms. Lamm’s role includes ensuring the accuracy of labor hours claimed, for processing payroll. She loves spending time with her children and grandchildren. Ms. Lamm plays handbells for her church and enjoys helping those in need. Her other hobbies include weaving baskets, making handmade quilts, canning, visiting the mountains and her family. She was a Volunteer Firefighter and Medical Responder for 9.5 years in Wilson, NC. 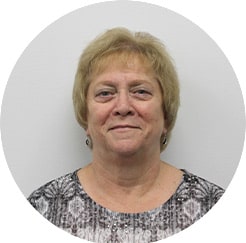 Joyce has over 47 years of professional work experience. She started her career with Winterville Machine Works in 1994 as a receptionist and in payroll, then moved up the ranks, taking on additional responsibilities in personnel, accounts receivables, and forecasting. Outside of work Joyce enjoys spending time with her family, especially her five grandchildren. She also enjoys going to Ocean Isle Beach to be with her extended family. She is also an active member of her church. 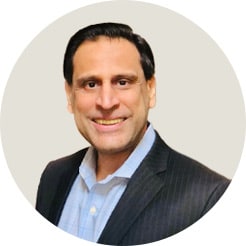 Hammad is an accomplished and results-oriented leader with 22+ years of professional experience across the globe in manufacturing and construction industries serving Stantec, URS/AECOM, GE, ABB and Honeywell where he rose through corporate ranks by doing several roles in multiple industrial businesses (power generation, water & wastewater treatment, renewables, electrical distribution, & fire protection). He has demonstrated his capabilities by leading growth initiatives and managing complex businesses profitably globally, both organically and inorganically.

In 2021, Hammad founded a family-owned Trivor Industrial Group with an aim of building a portfolio of great component manufacturing companies for the long haul. Hammad, a US citizen, is married and has lived and worked in the US, Southeast Asia, South Asia, Middle East, and North Africa. He is an avid fan of cricket, soccer and tennis and currently distributes his time between Atlanta, GA and Greenville, NC. He actively participates in several charity activities, especially for orphans. Hammad holds a BS in Civil Engineering from University of Engineering & Technology, Lahore, Pakistan, a MS degree in Civil & Environmental Engineering from Colorado State University and an M.B.A from Columbia Business School. 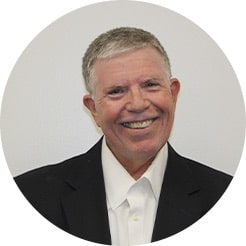 Kevin has over 42 years of experience in manufacturing process and design. He started his career at Winterville Machine Works as a second shift Numerical Control machine operator. Then worked his way up the ranks, expanding his skill set on the proper use of precision hand tools, gages, indicators, micrometer. Kevin has been fully trained and certified in conventional and computerized machining, including the setup and operation of manual lathes and mills; horizontal and vertical CNC machines. Kevin is our leader of the Manufacturing Design and Review Team, with a focus on concept creation, design to final development of complex part fixtures. He also leads our efforts with enhancing workflows for increased efficiencies and exceeding work safety standards. Kevin attended East Carolina University, with a specialization in Industrial Technology. He is our in-house expert on Smart Cam, Auto Desk, Solid Works, Gibbs CAM, BOB CAD CAM, and Predator CNC Editor Training. Kevin is also certified in Total Quality Management from Pitt Community College, Advanced Product Quality Planning, from, Process Failure Modes and Effects Analysis, Production Part Approval Process from North Carolina State University. In his spare time, Kevin enjoys fishing and boating with his wife. 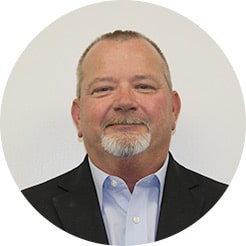 James has over 36 years of experience in welding and metal fabrication. James has been with Winterville Machine Works for 22 years. James graduated from Beaufort Community College and James Sprunt Community College, where he specialized in welding and machine shop practice and theory. He is married to Lisa Williams and has been married for over 31 years. They have three daughters, four granddaughters, and two grandsons. James enjoys spending quality time with his family, traveling overseas, and competing in offshore fishing. 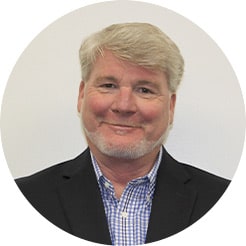 Jerry has over 35 years of experience in the design and fabrication of marine products. He has worked with our customers to successfully produce many complex prototype structures. Many customers go to Jerry for his engineering expertise to resolve both manufacturing methodology that impact the quality and life of the marine products. He holds an AS degree in Architectural drafting and has over 30 years of experience with AutoCad and SolidWorks software. Jerry likes to spend time with his family, which comprises of his wife of 31 years, a daughter, and two sons. Jerry is an avid outdoorsman spending time on the water and in the field fishing and hunting. 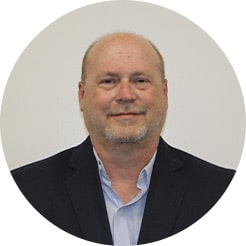 John Fleming has over 28 years of experience in manufacturing of components for power generation, large equipment, that require very tight tolerances. He is one of our most experienced machinists, with expertise in CNC programming, manufacturing process engineering, welding, and fabrication. John has held many positions in his first 21 years of his career in the Power Generation Industry, including the responsibility of managing different operation and commercial departments towards topline revenue growth, before joining the WMW team in 2013. John was born and raised in Eastern North Carolina, and his two main passions are fishing and hunting. He especially loves just being out on the water, rather it is ducking hunting or fishing, and just seeing the sunrise every morning over the Pamlico Sound. John is also very passionate about training his labrador for duck hunting. 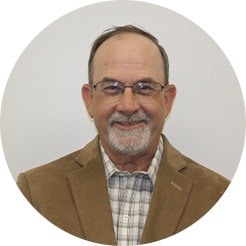 Mike has over 40 years of extensive experience in the manufacturing and machining business. He started his career in 1981 at Winterville Machine Works as an apprentice machinist. With the company expanding and focusing on more high production CNC machines, Mike took the initiative to begin studying and training on CNC equipment. He excelled as CNC operator, setting up CNC machines, proving out programs and writing programs. From there, he moved into leadership, holding positions of Team Leader, Quality Manager, and presently as Production Manager. As Quality manager, Mike helped to establish and maintain ISO 9001 standards and certifications. Mike graduated from Pitt Community College. His areas of formation included blueprint reading, machine shop practices, and machine shop maintenance. Mike has several hobbies which include fishing, hunting, and kart racing. 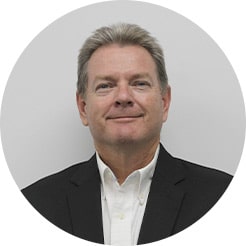 Dixon brings over 30 years of experience in machining and checking components to blueprint specifications as well as the calibration of instruments and gages that are used in these processes. Dixon works with statistical data to assure machining processes are capable and produce parts that exceed customer expectations. He graduated from D.H. Conley in 1982 and received a 2 year machining degree from Pitt Community College in 1984. Before joining Winterville Machine Works, Dixon worked at Simpson Industries/Metaldyne Corporation for 22 years, five years as a machine operator, and 17 years as a quality technician. During the past 14 years at Winterville Machine Works, Dixon moved up the ranks, starting as a quality technician, then recently accepting the promotion to Quality Manager. Dixon loves spending time with his family, especially his grandchildren, as much as possible. He also loves to hunt and fish during his leisure time as well as traveling with his wife. 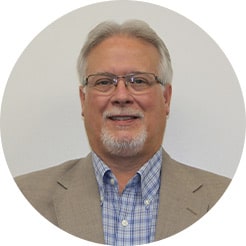 Mr. Bullock has over 36 years of quality assurance and procurement experience for manufacturing, in the automotive, marine, and heavy construction equipment industries. His main role at Winterville Machine Works is to acquire appropriate high quality material at the most cost-effective price for the end customer. Mr. Bullock’s prior positions at Winterville Machine Works include being a tool crib MRP buyer, and the main procurement lead of tooling supplies and services for the facility. Earlier in his career, he was a CNC operator in the automotive manufacturing industry and then worked up the ranks to becoming a Quality Technician to ensure customers were receiving products per blueprint specifications. From there, he became a Quality Technician Leader coordinating the performance of three Quality Technicians. became a Process Control Supervisor. Lastly, he was a Process Technician Supervisor, tracking continuous improvement projects, process studies, and training the workforce on improvement techniques.

Mr. Bullock has been certified in Kaizen and QS-9000 Auditing, and he has a Machinist Associate Degree from Martin Community College. Mr. Bullock’s passion is spending quality time with his family, especially his grandson. He also enjoys horseback riding, fishing, and restoring antique tractors. 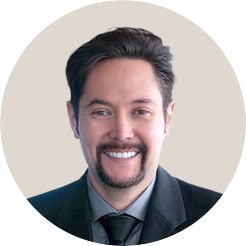 Mr. Garza brings with him over 20 years of business-to-business marketing, business development, dealer development, and service operations experience. He has implemented these skill sets in the mining, heavy construction, marine, transportation, power generation, agriculture, healthcare, and financial sectors. He is an award-winning marketer, which includes winning the coveted Oracle Global Markie Award winner for Digital Marketing and Demand Generation, and being a finalist for both the SiriusDecisions Return of Integration (ROI) Demand Generation and the Marketo Revvie Awards.

Over the years, Mr. Garza has held several top-line revenue growth executive positions. He was vice president of marketing at a few startups, such as InTouch Health, the leading telemedicine solutions provider, recently acquired by Teladoc for $1 Billion. Prior to that, Garza was the vice president of demand generation and digital marketing for MedAssets, Inc., a $2.7 billion (market cap) revenue cycle management and supply/clinical resource management healthcare company. At MedAssets, he built out perpetual demand generation engine programs, delivering over $118 million of pipeline within 18 months, which turned into $41 million of incremental revenue. Garza was the director of channel marketing for AGCO Corporation, a $10 billion agriculture manufacturer, where he modernized its marketing programs, processes, and technology stack, delivering over $288 million in the pipeline. Earlier in his career, Garza held several senior leadership positions at Caterpillar, in marketing, distribution development, product management, product support, and supply chain management. He won Caterpillar’s annual President’s Quality Award, beating out over 5,000 other projects, for an effective go-to-market strategy and super high growth new product introduction project, that generated over $220 million of incremental revenue, in just over two years.

His passion includes raising his son and daughter, watching his son play in the marching band and his daughter competing in lacrosse and tennis. He plays alto saxophone at his church and volunteers at Meals on Wheels of Atlanta, Atlanta Trees, and Habitat for Humanity. His other hobbies include expanding / maintaining his gun collection and playing both singles and doubles league tennis. In 2020, he was ranked #1 in Atlanta’s Ultimate Men’s Single 5.0 tennis league. Peter holds a Business of Science in mechanical engineering from Florida International University and an MBA from the University of Miami, where he was selected as Salutatorian.